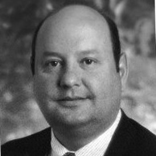 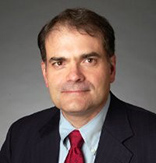 Mr. Vidal is a corporate lawyer with over 30 years of experience in New York and Chicago firms, having worked on a wide range of transactions such as securities placements, loan financings and private equity investments. For the last few years he has been General Counsel of iCrowdNewswire, LLC and its predecessor affiliate, focusing on the legal aspects of outsourcing, crowdfunding and startup companies.

His experience includes cross-border transactions involving Latin America, Europe and Asia-Pacific. He is fluent in Spanish and has a working knowledge of Portuguese and French, having worked with local counsel in jurisdictions worldwide. He is a member of the bar in the States of New York and Illinois. 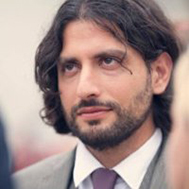 Mr. Antoun Sfeir is a global entrepreneur having founded ePressPack in 2011. Today, ePressPack clients include Air Liquide, Axa, Bayer, Louis Vuitton, Orange, Renault-Nissan, Sanofi, Commission Europeene and France Television. ePressPack has a presence in 6 countries in France, the United Kingdom, Germany and Europe. In February 2015, ePressPack acquired PressKing, a SaaS solution designed to provide companies the ability to manage their own virtual press room online. Mr. Sfeir was formerly with PR Newswire France from 2003 to 2011. 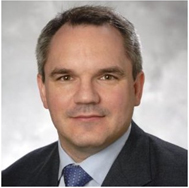 Martin is a senior executive with over 20 years in product and management roles in the digital content and data analytics sectors. Most recently, he was Senior Vice President, Product and Data, at PR Newswire where he was responsible for cloud-based subscription products, e-commerce, reporting and analytics, user experience and shared services. Previously, Martin worked for Dow Jones in various global roles including Managing Director of the Communications Solutions Group, which provided software solutions for public relations professionals. Prior positions included General Manager for Dow Jones Factiva, Director, Content & Metadata Strategy, Content Licensing, and Business Planning. Martin has been quoted as an expert on enterprises’ use of social media and analytics in various media, including The Financial Times. He is a contributor to “Supporting Strategy: Frameworks, Methods & Models” published by John Wiley. He also co-founded the Robbinsville Irish Heritage Association and earned his M.B.A. with distinction from Warwick University in the U.K. 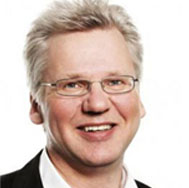 Wolfgang is a an experienced news and information services senior executive with a solid track record of performance and results and over 15 years in the industry. An expert in the DACH region communications services industry, Wolfgang is a global executive having been a managing director of Hugin operating in 23 countries and with affiliates worldwide. 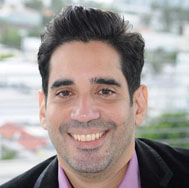 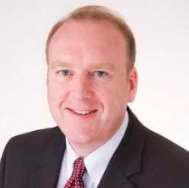 David is a strong advocate for the business value that marketing and communications add at every level of the sales funnel, from building brand awareness, to engaging customers, to driving sales, to CRM.

Previously, as founder and President of Bite Asia-Pacific (named Mid-Sized Network of the Year by Campaign Asia) and Technology Agency of the Year (Holmes Report), David headed up the six offices in the region and provides senior client counsel.

David has lived and worked in Asia since 1992, and worked in Europe and the US previously. He founded Upstream Asia, which joined Bite Communications in 2009. In 2008 David managed the sale of Media Services Asia (MSA) to Marketwired, He served as Senior Vice President, Marketing and Communications Asia-Pacific for Calvin Klein, Inc., and also held senior positions with Burson-Marsteller and Hill and Knowlton internationally.

He is the author of the book BIG M, little m Marketing: New Strategies for a New Asia. 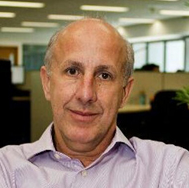 CEO and Chairman of Grupo Attitude S.A. and Coordinator of Brasil+Competitivo Initiative

Rodolfo Zabisky is CEO and Chairman of Grupo Attitude S.A. (www.attitudesa.com). He holds a bachelor’s degree in Chemical Engineering from IMT-Maua and an MBA from FGV-SP and Columbia Business School. Rodolfo served in various capacities for 18 years at the Odebrecht Organization (1982 through 1999), primarily on technology, business and commercial planning, investor relations and structured finance (asset backed and IPOs). In 1995, he was Top 5 finalist at the Global International Entrepreneurial Challenge of MOOT CORP (University of Texas at Austin). In November 1999, Rodolfo founded Grupo Attitude (then MZ Consult), an integrated business communication company (Investor Relations/Governance, Public Relations, Digital Marketing and Research/Intelligence). In 2007, he was selected entrepreneur of the year by both rankings: Endeavor-Exame PME (innovation) and FGV-PEGN (growth). By mid 2012 he initiated the mobilization “Brasil+Competitivo” (www.bmaiscompet.com.br) to encourage best practices in productivity and governance. 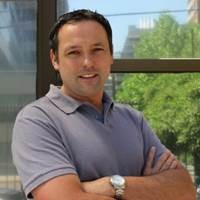