Reflection Window and Wall (RWW); a certified Minority Business Enterprise headquartered in Chicago, filed a lawsuit in Federal court today against Kurt LeVan and Talon Wall Holdings, Chicago Heights Glass (CHG), Entekk Group,(collectively referred to in the pleading as the “LeVan Companies”). The complaint asserts that the “LeVan Companies and Talon Wall licensees marketed, promoted and sold Talon Wall to over a dozen occupied high-rise buildings in Chicago, New York, Denver and elsewhere with no fire protective material whatsoever installed in the curtain wall fire gap.”

The lawsuit specifically alleges that the LeVan Companies secured opinion letters that “were titled and held out by LeVan, “the LeVan Companies andtheir licensees such as Alliance Glazing Technologies and most recently Peerless Products as being “Engineering Judgments. ”The complaint notes that these opinion letters “failed to conform with many of the most basic qualifications that embody a reliable or studied engineering judgment,” that LeVan knew that the opinions were not credible and that the LeVan companies nonetheless deceptively touted and inflated the flawed opinion letters in the course of promoting its Talon Wall system.

After parties started to express skepticism regarding the opinion letters, the complaint asserts that Talon Wall was tested to determine whether it could be deemed fire-rated to applicable standards and that such tests resulted in failures that were suppressed by LeVan. The lawsuit alleges that LeVan and the LeVan Companies continued the installation of Talon Wall on multiple high-rise projects without any notification to the local municipalities, general contractors, building owners, or occupants that Talon Wall had failed such tests and without making any offers to recall or remedy any fire safety deficiencies.

The lawsuit alleges eight separate counts of wrongdoing against the defendants, including claims for false advertising and violation of Illinois statute for consumer fraud and deceptive trade practices. In the filing, RWW claims that the unlawful acts of LeVan and the LeVan Companies caused RWW to incur more than $13M in lost profits between 2016 and 2022.

The RWW filing further recounts the history of “specious lawsuit[s]” initiated by LeVan and an “unsolicited pattern of interference and disparagement” targeting RWW products, employees, and customers executed by LeVan and the LeVan Companies. The complaint alleges LeVan and the LeVan Companies carried out such acts to cause harm to RWW in the marketplace after RWW developed a competing curtainwall product which earned a three-hour public Design Listing # STI-BPF-180-02 for the prevention of fire and hot gasses between floors of high rise construction.

Perhaps one of the most fascinating parts of the complaint recounts an event where a LeVan Company executive, Mr. Jeffrey Testa, falsely represented himself as an engineer for Underwriters Laboratories and unlawfully gained access to a job site where RWW’s U-Wall system was being installed. The RWW complaint alleges that “the purpose of this false impersonation and trespass was to photograph the application of fire- retardant packing during the U-Wall installation so that LeVan could attempt to replicate it in connection with the Talon Wall.” RWW’s complaint alleges the LeVan Companies did so in December 2021, two months later. 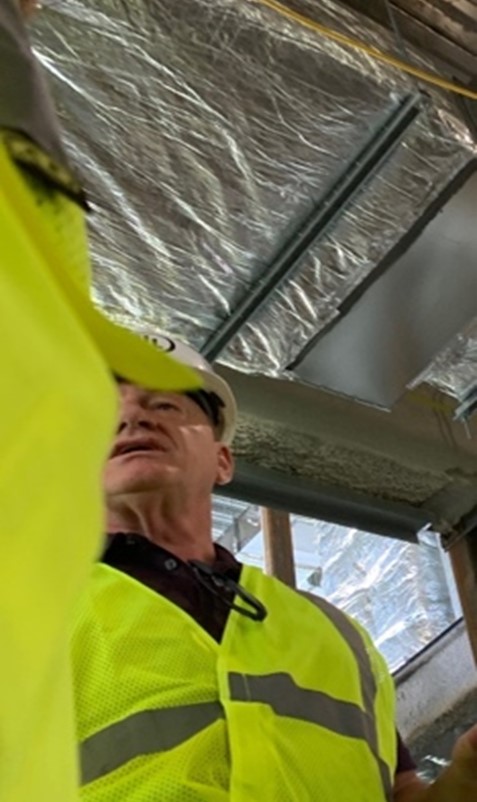 Rodrigo d’Escoto, President of Reflection Window & Wall, said, “I know and respect most of our competitors. We welcome stiff competition. It makes us all better. However, it is important for the occupants of the buildings we build that the products are safe and honestly represented in the market.”