HONG KONG SAR – Media OutReach – 7 July 2022 – Biologists from Hong Kong Baptist University (HKBU) have discovered in Hong Kong waters three new species of hard coral which have never been identified anywhere else in the world. The findings come shortly after their discovery of one new coral and two new nudibranch species, which was announced last year under their research project on coral health in Hong Kong. 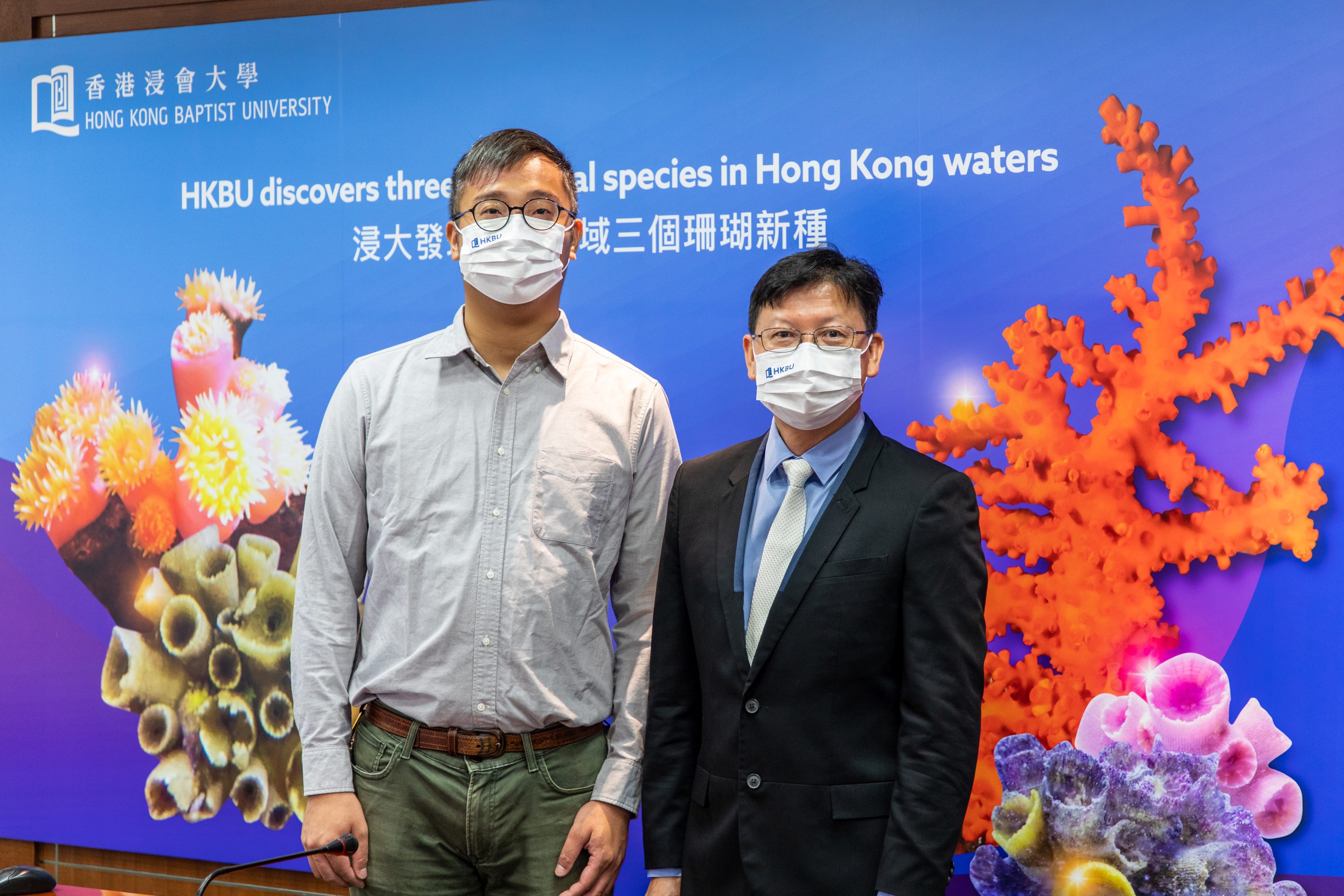 The new marine species were identified by Professor Qiu Jianwen and MPhil student Mr Yiu King-fung of HKBU’s Department of Biology. The descriptions of the new corals have been accepted for publication in the academic journal Zoological Studies.

About eight years ago, Professor Qiu and his team started a series of research projects related to coral health in Hong Kong, including studies on the impact of coral bioeroding sea urchins and coral-eating nudibranchs, as well as coral bleaching caused by global warming. A coral facility was set up at HKBU to culture corals and conduct controlled experiments to examine their physiological changes under different culture conditions. With continuous field surveys and in-depth research, the team has revealed the high diversity of sun corals in Hong Kong waters.

The three new sun coral species discovered this time were named by the HKBU team as Tubastraea dendroida, Tubastraea chloromura and Tubastraea violacea, and they all belong to the genus Tubastraea. The samples were collected when the team surveyed coral-eating nudibranchs at Sung Kong and Waglan Island in the eastern waters of Hong Kong. With the addition of three new members, the number of known species in the Tubastraea genus has increased from seven to ten.

The features of the three new sun coral species are as follows:

Similar to most sun corals, Tubastraea dendroida has a typical bright orange colour, but its shape is rather unique. Instead of growing in clumps like most of its related species, this new species has a tree-like structure, with the main stem of its colony attenuating from the base to the tip. The HKBU team therefore named it “dendroida” to reflect its tree-shaped body.

Covered with a thin layer of pale purple tissue on the corallites (skeletal cups), Tubastraea violacea stands out from other related sun coral species as its polyp wall tissues and skeleton are violet in colour, and it has been named “violacea” accordingly. Nevertheless, its tentacles are yellow and the corallites have a thick wall. Based on comparisons with DNA sequences in public databases, the team found that this species may have colour variants elsewhere, such as a yellow colour variant in New Caledonia in the South Pacific.

This coral has a delicate olive green skeletal wall and a circle of yellow tentacles surrounding its mouth. As a result, the species has been named “chloromura”, with “chloro” and “murus” meaning “green” and “wall”, respectively.

From coral gene sequences recorded in public databases, HKBU biologists envisage the potential distribution of Tubastraea dendroida and Tubastraea violacea in Japan and the Western Pacific Ocean. However, at this stage, Tubastraea chloromura is only known to inhabit Hong Kong waters.

All of these three coral species are non-reef-building corals. They do not host symbiotic algae that produce nutrients and energy via photosynthesis. Living in deeper waters at depths of between 10 and 30 metres, they gain energy and nutrients by capturing zooplankton from seawater using their tentacles.

“Our discovery of three new species of Tubastraea enhances our knowledge of the diversity of this sun coral genus. Given that corals are one of the best-studied marine animals, our study reveals how little we know about marine diversity, and how many undescribed species are still awaiting our discovery,” said Professor Qiu.

Identification of the three new coral species comes less than a year after Professor Qiu and his team announced their last discovery in October 2021. While implementing a project supported by the Environment and Conservation Fund to assess the diversity and impact of coral-eating nudibranchs, the team discovered a new sun coral species in the genus Tubastraea and two new species of nudibranchs in the genus Phestilla in Hong Kong waters.

Looking back, the last time a new hard coral species was discovered and named in Hong Kong was about 20 years ago. “The discovery is very encouraging as it provides strong evidence of the high marine biodiversity in Hong Kong waters, and it helps fill in the knowledge gaps in biodiversity as advocated in the Government’s Biodiversity Strategy and Action Plan. It also inspires us to further explore the diversity of marine animals, study their functions and ecosystem services, and protect them from potential human disturbances,” Professor Qiu added.