Pomerantz LLP announces that a class action lawsuit has been filed against FAT Brands. Inc. and certain of its officers.   The class action, filed in the United States District Court for the Central District of California, and docketed under 22-cv-02541, is on behalf of a class consisting of all persons and entities other than Defendants that purchased or otherwise acquired publicly traded FAT Brands securities between December 4, 2017 and February 18, 2022, inclusive (the “Class Period”).  Plaintiff seeks to recover compensable damages caused by Defendants’ violations of the federal securities laws under the Securities Exchange Act of 1934 (the “Exchange Act”).

If you are a shareholder who purchased or otherwise acquired FAT Brands securities during the Class Period, you have until May 17, 2022 to ask the Court to appoint you as Lead Plaintiff for the class.  A copy of the Complaint can be obtained at www.pomerantzlaw.com.   To discuss this action, contact Robert S. Willoughby at newaction@pomlaw.com or 888.476.6529 (or 888.4-POMLAW), toll-free, Ext. 7980. Those who inquire by e-mail are encouraged to include their mailing address, telephone number, and the number of shares purchased.

The complaint alleges that, throughout the Class Period, statements made by Defendants were materially false and/or misleading because they misrepresented and failed to disclose the following adverse facts pertaining to the Company’s business, operational and financial results, which were known to Defendants or recklessly disregarded by them. Specifically, Defendants made false and/or misleading statements and/or failed to disclose that: (1) the Company, Andrew Wiederhorn, FAT Brands’ Chief Executive Officer (“CEO”) and President, and members of his family (“Wiederhorns”) engaged in transactions “for no legitimate corporate purpose”; (2) the Company ignored warning signs relating to transactions with Wiederhorns; (3) as a result, the Company was likely to face increased scrutiny, investigations, and other potential issues; (4) certain executives, who are touted as critical to the Company’s success, were at great risk of scrutiny—potentially, at least in part, due to the Company’s actions; (5) the Company’s touted CEO and Chief Operating Officer were under investigation regarding transactions with the Company; and (6) as a result, Defendants’ public statements were materially false and/or misleading at all relevant times.

On Saturday February 19, 2022, the Los Angeles Times published an article entitled “Family behind Fatburger under investigation for alleged fraud, money laundering, records show” which revealed the investigations into Defendant Wiederhorn and his son and Company COO Thayer Wiederhorn in connection with the Company.

On February 22, 2022 before trading hours, the Company filed with the U.S Securities and Exchange Commission a Form 8-K, in which the Company announced the following, in relevant part, regarding the investigation: … [t]he U.S. Attorney’s Office for the Central District of California (the “U.S. Attorney”) and the U.S. Securities and Exchange Commission informed the Company in December 2021 that they have opened investigations relating to the Company and our Chief Executive Officer, Andrew Wiederhorn, and are formally seeking documents and materials concerning, among other things, the Company’s December 2020 merger with Fog Cutter Capital Group Inc., transactions between these entities and Mr. Wiederhorn, and compensation, extensions of credit and other benefits or payments received by Mr. Wiederhorn or his family.

Pomerantz LLP, with offices in New York, Chicago, Los Angeles, Paris, and Tel Aviv, is acknowledged as one of the premier firms in the areas of corporate, securities, and antitrust class litigation. Founded by the late Abraham L. Pomerantz, known as the dean of the class action bar, Pomerantz pioneered the field of securities class actions. Today, more than 85 years later, Pomerantz continues in the tradition he established, fighting for the rights of the victims of securities fraud, breaches of fiduciary duty, and corporate misconduct. The Firm has recovered numerous multimillion-dollar damages awards on behalf of class members. See www.pomlaw.com 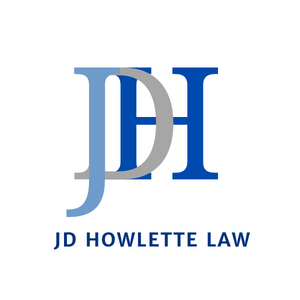