Peninsula Fiber Network, LLC (PFN), a leading provider of fiber optic-based telecommunications and Next Generation 911 services throughout Michigan, Wisconsin, and parts of Minnesota today announced the addition of Jaime Seling to its team.

Seling is a 20-year veteran with the Oakland County Sheriff’s Department where she was a Dispatch Specialist, Shift Leader, and Quality Assurance Supervisor. In 2016 she was appointed to the State of Michigan 911 Emerging Technology Subcommittee. A graduate of Rochester University with a Bachelor of Science degree in Business Administration, she is intimately familiar with NG911 call center operations.

Scott Randall, General Manager of Peninsula Fiber Network, stated, “PFN is growing rapidly, and we are fortunate to hire Jaime. Her experience at Oakland County is invaluable as it is one of the busiest counties in Michigan for 911 calls. She will work with our Next Generation 911 team where her previous work experience and skills will be utilized in her new role.”

Seling has a long work history with the Oakland County Sheriff’s Department—one of the busiest counties in the State of Michigan for 911 calls. She advanced from Dispatch Specialist to Shift Leader to Quality Assurance Supervisor over her 20-year career. In 2016 she was appointed to the State of Michigan 911 Emerging Technology Subcommittee where she still serves today. She holds an Associate Degree in Technological Sciences from Oakland Community College and a Bachelor of Science degree in Business Administration from Rochester University. 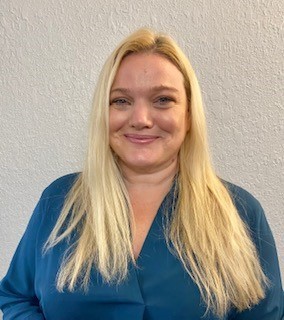 CEO and Founder of MyEtherWallet – Exclusive…

Without Proper IT Protection, It’s Just A…