HYDERABAD, India, June 28, 2019 /PRNewswire/ — The Intrusion Prevention System market is forecast to surpass $8.5 billion by 2025, after growing at a CAGR 13.7% during the forecast period 2019-2025. Increasing awareness among entities regarding cyber security and essential data protection practices has consequently driven growth of the intrusion prevention system market. 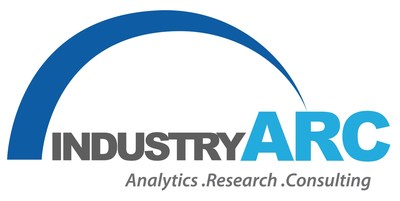 The Intrusion Prevention System market is expected to grow at a rapid pace owing to its deployment across a wide range of industries including BFSI, aerospace, defense, healthcare and transportation. In the banking, financial services and insurance (BFSI) industry, intrusion prevention systems are being deployed to provide security solutions against various attacks to the banks’ servers. With growth in popularity of online banking services, theft of banking information has become a major issue of concern which has further driven demand for intrusion prevention systems. The fastest growing sub-segment under the industry vertical segment is BFSI, which is anticipated to grow at a CAGR 15.20% during the forecast period 2019-2025, owing to growth of internet banking facilities. In February 2018, Aperio Systems, a key player in this market received an investment of $4.5m from Energias de Portugal (EDP), one of Europe’s key utility companies, to supply Aperio’s next generation Intrusion Prevention Systems to EDP.

To access / purchase the full report browse the link below

North America is poised to emerge as the largest market for Intrusion Prevention Systems, and is estimated to generate revenue of more than $2.5 billion by 2025. The region is emerging as the fastest growing owing to increasing awareness about benefits of Intrusion Prevention Systems such as resistance to attacks from hackers and protection of confidential data. As per a report by the Organization of American States, nine out of ten banks in every American state suffered a cyber-attack in 2018. The report added that of the total cyber-attacks suffered by banks, 80% were malware attacks, 63% were violations of clear desk policies while phishing attacks accounted for 57%. This has consequently driven demand for implementation of intrusion prevention systems in these regions. More than 90% of banks and financial institutions have implemented firewalls and automated virus and system updates. Moreover, 85% of these institutions have installed intrusion detection and prevention systems for monitoring threats and vulnerabilities.

With increased technological advancements, most data is shared by means of the internet. Most industries including BFSI, utilities, IT and telecommunications are highly prone to cyber-attacks. Around 8,854 breaches were recorded globally from 2005 to mid-2018. Demand from these sectors has driven global demand for intrusion prevention systems.

With advancements in technology, most enterprises have shifted towards sharing of data over devices such as computers, laptops, smartphones and others, which has significantly increased the risk of data being corrupted or stolen by hackers. Around 43% of cyber-attacks are targeted at small businesses, with the aim to corrupt and steal confidential data. In 2017, 61% of data breach victims were companies with less than 1000 employees, and of this 31% were organizations which were attacked on operational infrastructure such as confidential data, external contacts and others. This has consequently increased demand for intrusion prevention systems to facilitate enterprise mobility in a more secure manner.

Governments of various countries have established stringent regulations to ensure data security and integrity. Regulations such as the General Data Protection Regulation, which safeguard data and privacy for citizens of the European Union (EU) and the European Economic Area (EEA), have been mandated for companies operating in all EU member states. Consequently, intrusion prevention system have been widely deployed in these regions to keep an eye on potential incoming threats.

Edison Partners, a key provider of intrusion prevention and detection systems, invested $8m in a Series D round of funding for Bricata, a Columbia-based cybersecurity company, with an aim to expand Edison’s business globally and boost research and development.

Owing to increasing incidences of cybercrime, a startup called Vectra has introduced an artificial intelligence-based system called Cognito, with the aim to detect and prevent cyber-attacks, and mobilize responsive security systems. Consequently, it raised $36m to expand R&D, and business development.

The Major Players in this Market Include

In April 2017, Cisco Systems announced a partnership with IBM Corporation aiming to address the rising global threat of cybercrimes with the help of Cisco’s advanced firewall called Next Generation Protection System and Advanced Malware Protection System. This partnership is aimed at expanding products, services for the benefit of customers.

The Intrusion Prevention Systems market is being fuelled by increasing demand from industries such as BFSI, healthcare, government, IT & Telecommunication and others which are aiming to address increasing incidences of cyber threats. Additionally, initiatives taken by organizations to curb cyber-attacks including viruses, intrusions and others have further boosted demand for intrusion prevention systems. Owing to the ability to detect as well as prevent malicious attacks, these intrusion prevention systems have bright prospects for the future.

IndustryARC primarily focuses on Cutting Edge Technologies and Newer Applications market research. Our Custom Research Services are designed to provide insights on the constant flux in the global supply-demand gap of markets. Our strong team of analysts enables us to meet the client research needs at a rapid speed, with a variety of options for your business. Any other custom requirements can be discussed with our team, drop an e-mail to sales@industryarc.com to discuss more about our consulting services.