Loup Ventures Says 75% of U.S. Households Will Have Smart Speakers by 2025, Google to Surpass Amazon in Market Share

Loup Ventures has released an updated smart speaker sales forecast model that estimates 28% of the 128 million U.S. households had a smart speaker at the end of 2018. The company expects that figure to grow to 75% by 2025 which due to population growth will represent over 100 million households. Another 85 million households outside the U.S. are also expected to have smart speakers in use. The investment firm also expects 72.5 million smart speakers to be sold in the U.S. in 2019 generating device revenue of $9.8 billion. Those figures are forecasted to rise to 291 million units and $30 billion in 2025 revenue.

The forecast also estimates that the Google Home (Nest) smart speaker product line will surpass Amazon Echo market share in 2023. By 2025, Google is expected to command smart speaker device sales share of 48.1% compared to 44.7% for Amazon Echo. However, at that point, Amazon will still lead Google in total devices sold overall with 640 million to 545 million respectively.

Alexa maintains a lead in market share, but Google continues to gain share; we expect this trend to continue based on its utility, as determined by our most recent test of digital assistants.

During the 2014-2025 period, smart speaker sales in China will reach 287 million total devices sold, including 118 million units in 2025 alone. Combining sales from China, U.S, and the rest of the world, total smart speaker sales will surpass 1 billion units in 2023. Loup does not break out Chinese market share but does show growth rates for 2019 at over 70% that decline through 2025 to under 19%. The China sales forecast only indicates sales by Alibaba and Xioami. So, these figures are likely to be even higher when factoring in Baidu and eventually a WeChat-integrated device from Tencent.

APPLE NOT EXPECTED TO PLAY A BIG ROLE

Another interesting element of Loup Ventures’ current smart speaker forecast is the lackluster performance by Apple. HomePod sales are expected to rise from 2.5 million units in 2018 to no more than six million units in 2025. During the entire period, the Loup analysis expects Apple to sell only 32 million units—just 5% of total Amazon Echo sales. The top year for smart speaker revenue contribution is expected to be 2019 at $1.5 billion. That is forecasted to fall to less than one billion in 2025.

This is a far more pessimistic outlook than Loup Ventures’ early 2018 model which predicted sales of seven million HomePods in 2018 and 11 million in 2019. However, the revised model reflects the reality of Apple’s execution in this market. It has introduced only one high-priced unit that includes very good sound quality but not much else due to Siri’s limitations. 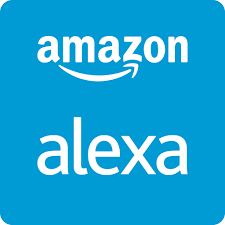