BinaryX has confirmed that it is working on a new free-to-play, play-to-own game, CyberLand, an open-world MMO powered by blockchain technology. The team just released the concept video which gives a first look of the terrains and features of the game.

CyberLand marks BinaryX’s official transition away from play-to-earn models, and is their first-ever play-to-own game in the metaverse. As a play-to-own game, players have a high degree of freedom in resource production. Players can choose to develop their own assets, construct their own buildings and farm their own products and materials to build their empire. These assets can also be fully traded on the open market.

The team wanted to make a game that is not only visually impressive and entertaining to play, but also lets players create value incrementally, so that players can feel a greater sense of ownership and be able to enjoy the game for much longer than the typical Web3 games.

The Story of CyberLand

The player’s journey in the game begins in a pristine open world with rich natural resources. The player must then explore the vast lands to find resources, invent technologies and develop their land to survive, and eventually build an empire. The game is similar to traditional 4X strategy games. Players get to write their own stories and determine their own fate within the game.

Players will face off against dangerous monsters within the lands. The stronger the monsters, the more precious the resources. Players must fend against the threat of monsters while collecting resources.

The Four Lands of CyberLand 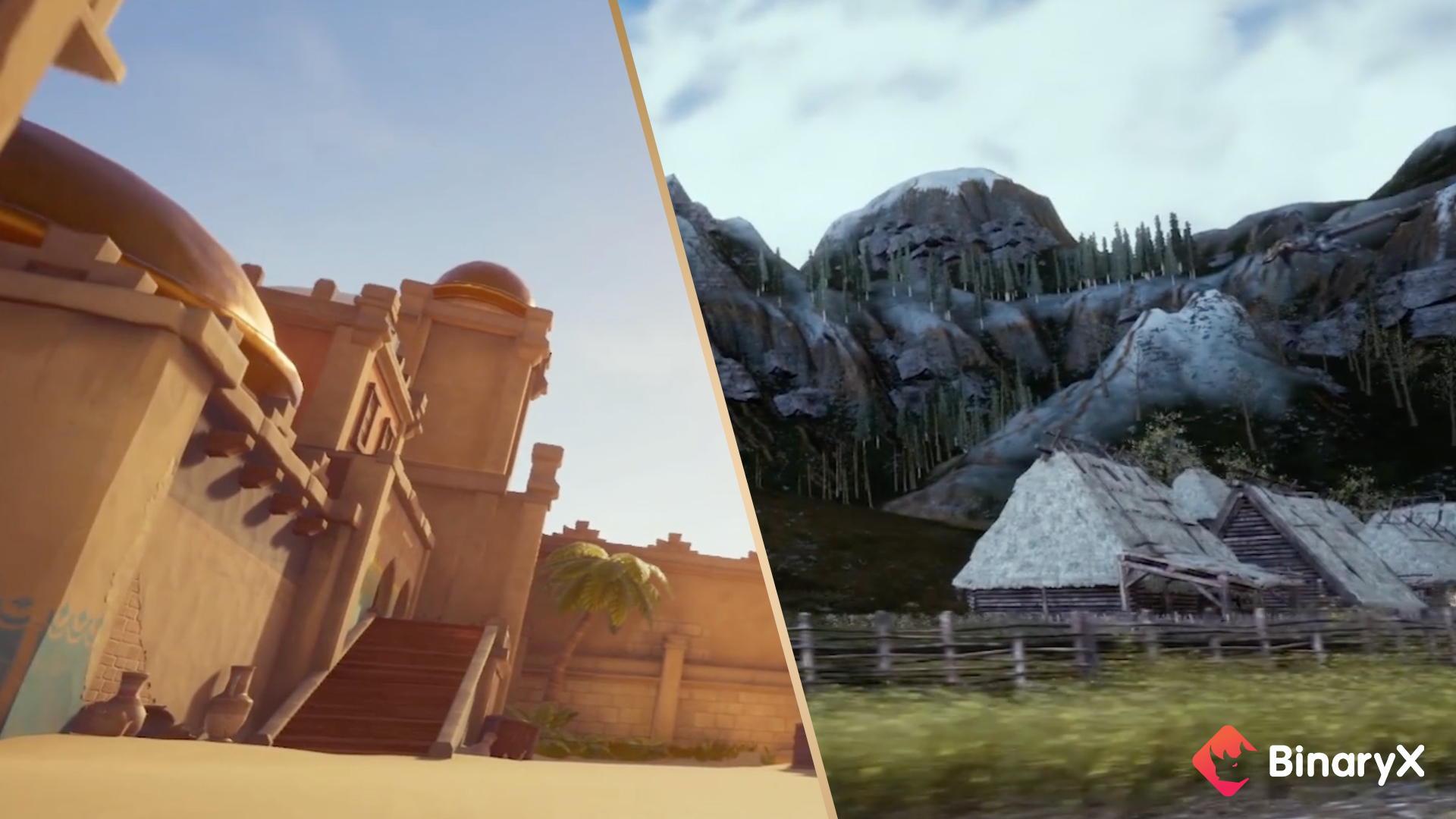 CyberLand currently consists of four terrains: snowfield, plains, desert, and swamps. Each type of land has its own unique resources and is guarded by different monsters. The resources are not known to the player at the beginning of the game, and it is up to the player to search, mine or hunt their own resources. The name of the game is asset ownership, which means that the player gets to own the land that they purchase as an NFT.

The game consists of an in-game trading marketplace which is completely off-chain. All transactions of in-game resources can be completed within the game without incurring any gas fees. They can also be transferred to on-chain assets and can be traded on DEXes and CEXes respectively.

CyberLand will use $BNX as the main native currency. $BNX can be used in the game for buying land, or as a reward from player participation in leaderboard competitions.

In preparation for the beta release, the BinaryX team is working on developing more cool features for the game, including introducing SocialFi features where players can create, manage, and upload monetized content on a shared network while expanding their empire.

The team is also working on an on-chain wallet for seamless cryptocurrency transactions within the game, and designing new playable areas and maps for future DLC releases.

“CyberLand is our attempt at making Web3 games bigger and better. The industry has built a bad rep for various reasons, but we hope that CyberLand will be the first of many great games on the Web3 ecosystem. The team is working hard on the beta version of the game so that players can try it and see for themselves the potential of new free-to-play, play-to-own games. We thank everyone in our community for their support and we’re here to stay.” – Chun Sim, Global Head of Business Operations and Development of BinaryX.

BinaryX is the GameFi platform behind play-to-earn games CyberDragon and CyberChess, both of which run on the BNB chain.

As one of the top 10 projects on the BNB Chain, BinaryX has a vast community of more than 100k coin holders and 17K monthly active wallets. It is also one of the largest metaverse projects by trading volume on the BNB chain, with more than 400 million in market cap. BinaryX also has a token, $BNX, that has consistently demonstrated strong performance despite the bear market.

For more details and information about BinaryX, please visit www.binaryx.pro